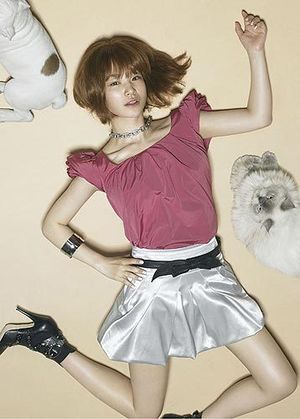 "Biscuit" is the first digital-only single released by YUKI. "Biscuit" was available exclusively on cellphones through Sony. The song was originally intended for the WAVE album, but did not make the final tracklist. The song was used as the CM song for Sony's FOMA 904 cell phone model. While there was no physical release for the song, was later included as a bonus track on the best collection, five-star. The song was downloaded approximately 300,000 times.

The music video for "Biscuit" was directed by Hirano Fumiko (a fellow member of Sleep) for THROUGH. There are several biscuit-related things going on in the video: an old man becomes younger while pushing a huge biscuit; a Mexican-style wrestling match with biscuit-headed wrestlers; a group of American cheerleaders cheer and eat biscuits; and YUKI dressed up in several costumes featuring biscuits. Interestingly, like Fugainaiya, Melancholinista and Hello, Goodbye, all the extras in this music video are Caucasian.