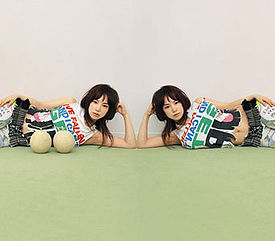 "Prism" is the second single released by YUKI. The single was release only a month after her debut single and only a couple weeks before her first album, "PRISMIC". The single reached #11 on the Oricon charts and stayed on the charts for a total of seven weeks. The single sold a total of 87,000 copies.