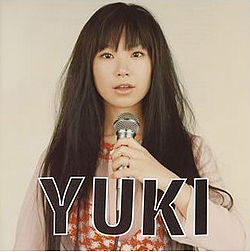 "Hummingbird" is the sixth single released by YUKI. It is YUKI's acoustic mid-tempo a-side track in a row, and the music video for the song is directed by Noda Nagi who directed the last two as well. YUKI herself has compared the song with that of JUDY AND MARY's "PEACE". The single was released only a month after "Sentimental Journey" and YUKI featured wearing the same outfit on both CD's. Only a week after the singles release YUKI released her second album, "COMMUNE". The single reached #23 on the Oricon charts and stayed on the charts for a total of three weeks. The single sold a total of 11,000 copies.