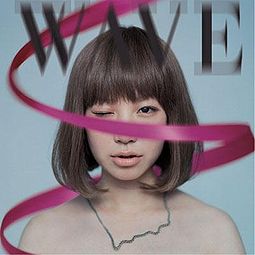 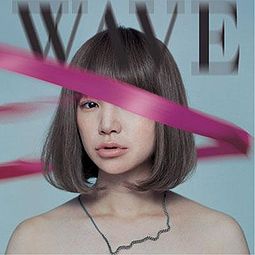 WAVE is the fourth album released by YUKI. It was released in both a CD only and CD+DVD format. An early title for the album was "ribbon" and is most likely the reason behind the ribbons featured in the album artwork. The musical style found on "WAVE" is similar to that of joy, featuring a mixture of electronic pop and soft rock tracks. The album only contains five new tracks as the rest of the songs were singles ("Nagai Yume", "Dramatic", "Yorokobi no Tane", "Melancholinista", "Fugainaiya", and the b-sides "Hadaka no Taiyou" and "Natsu no Hero"). YUKI said in an interview that she considers "Aozora" as the 'key work' of the album. The album reached #1 on the Oricon charts (Her second album to do so) and stayed on the charts for a total of 19 weeks. As this album sold 354,005 copies in 2006, it became the #38 album of the year. The album has since sold a total of 358,041 copies, making it YUKI's best selling album. Unlike her previous two albums, "WAVE" didn't have a tour, as YUKI was busy raising her newborn son. She did hold a special event called "WAVE Room" which was like a museum exhibit displaying various props and costumes from "WAVE". 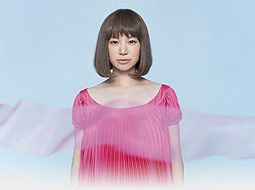