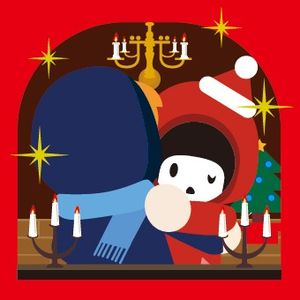 "Message" is the 2nd digital single released by YUKI and her first (solo) Christmas song. The cover art features "Yukinko," YUKI's mascot. Originally the song had a pop sound but YUKI rearranged it to give it a "lover's rock" feel, similar to songs such as "Koibito yo" from her album, "Commune." The song was released for download for a limited-time only, from December 3rd - December 25th. If you downloaded the single you got a hand-drawn message from YUKI. The song was used in a CM for Lotte Ghana Milk Chocolate that featured Nagasawa Masami and Nana Eikura. The song was released on CD nearly a year later as the coupling track on YUKI's 19th single, "COSMIC BOX."