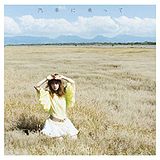 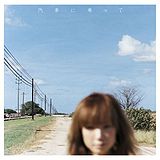 "Kisha ni Notte" is the 17th single released by YUKI. It's her first single to feature a b-side since "Fugainaiya", which was released in 2006. The single is also her first to be released in both limited CD+DVD edition and a regular CD Only edition. The limited edition DVD includes the music video for "Kisha ni Notte" and an alternate cover.

The song has been described as "pastoral number, with the sound of mandolins and rich strings lulling you into a state of nostalgia". The single reached #5 on the Oricon charts, and stayed on the charts for a total of seven weeks. The single also managed to reach #9 on the Billboard Japan's Hot 100 during it's first week of release.

The music video for "Kisha ni Notte" was released on March 29th 2008 and is directed by Hirano Fumiko (a fellow member of Sleep). Hirano has directed every video since 2005's "Yorokobi no Tane"; however, "Kisha ni Notte" is markedly different from YUKI's latest videos, as it has an unpolished, home-movie feel to it. The video features YUKI wandering around scenic landscapes and train tracks.

YUKI stated in an interview that she had wanted to do this type of video for a long time.