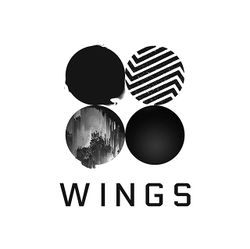 "Intro: Boy Meets Evil" is a song recorded by BTS and performed by J-HOPE. It can be found as track #1 on their second album WINGS.

A music video was released on September 26th for "Intro: Boy Meets Evil". The YouTube release includes verses read by RM, not featured in the studio release of the song.

The music video shows J-HOPE performing a strong choreography in a warehouse, with the room changing from gloomy lightning to a dark room with fluorescent paintings on the wall.