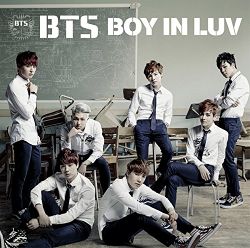 "Sangnamja (Boy In Luv)" is a song recorded by BTS. It appears on their second album Skool Luv Affair as track #2. It debuted at #49 on the Gaon Digital Charts and peaked at #45 on its second week.

The song was later released as their second Japanese single "BOY IN LUV". It came in three versions: two limited CD+DVD editions (A & B) and a regular CD Only edition. The regular edition came with one of eight trading cards. 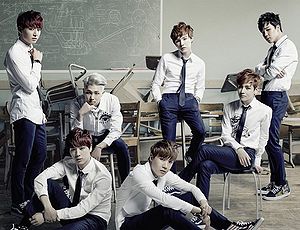 The music video features the members as students, acting out various scenes that showed their interest in the female lead character (acted by Go So Hyun). It was choreographed by GRV Crew's David Lim.

On their 2014 variety show American Hustle Life, they recorded an L.A. version music video, directed and supervised by Warren G. This version is supposed to follow the guidelines of a typical American hip-hop music video.