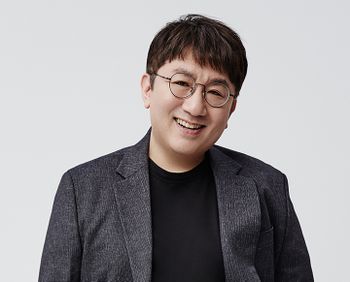 Bang Si Hyuk (방시혁), also known as "hitman" bang, is a South Korean lyricist, composer, producer, and record executive. He is the founder and co-CEO of Big Hit Entertainment and formerly worked as a composer, arranger and producer for JYP Entertainment. Bang was selected as one of Billboard's 73 International Power Players in 2018, as Variety's International Music Leader in 2018, as one of 25 Top Innovators for Billboard Music's New Power Generation in 2019, and for Management on Billboard's 2020 Power List.