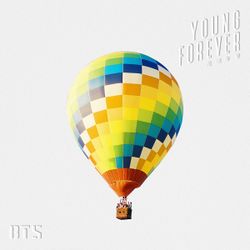 The music video for "EPILOGUE: Young Forever" was released on April 19th, 2016, two weeks before the album's release. It was directed by Woogie Kim from GDW.

it shows the seven members running through a maze, as well as shots from their previous music videos and teasers in-between.