"I NEED U" is the fifth Japanese single released by BTS. It comes in four versions: a limited CD+DVD edition, a regular CD Only edition that comes with 1 trading card (out of 8 variations), a limited CD+DVD Loppi HMV edition, and a regular CD Only BTS SHOP edition that comes with 1 trading card containing a X-mas message (out of 7 variations) that is sold only on the Pony Canyon Bangtan Boys SHOP. All editions come with an event lottery ticket.

"I NEED U" was the first BTS' song to achieve a #1 on a music program show, two years after their debut.

In this music video was first introduced the "BTS Universe" or "BU", following the life stories of seven young and troubled friends. The characters have the names of the band members, but their background or stories are ficticious.

The music video starts with Seok-jin (Jin) holding six flower petals, supposedly representing each one of his friends. Intertwined with scenes of the seven friends having fun together are scenes of each one of their storylines. Yoon-gi (SUGA) is in a room by himself playing with a lighter. He ends up setting everything on fire with him inside. Ho-seok (J-Hope) is taking narcolepsy pills in the bathroom. When he's outside, he ends up collapsing on a bridge. Tae-hyung (V) goes outside of his home. When he comes back, he finds his father hitting his sister, so he breaks a bottle and stabs him to death. Jung-kook is wandering the streets at night. He bumps into a couple of thugs and they beat him up. After that, when he's crossing the street, a car runs into him. Nam-joon (RM) is working at a gas station. He's seen burning some money. Ji-min is in a bathroom. He turns on the bathtub water until it overflows. He gets in the tub, crying, and dives in. 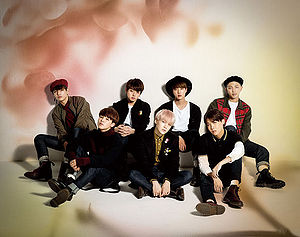 I NEED U (Original version)

I NEED U (Urban Mix)