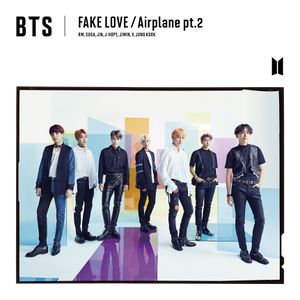 "Airplane pt.2" is a song recorded by BTS. It was first released on their third album LOVE YOURSELF Jeon 'Tear'. It's a Latin-pop inspired song with lyrics that talks about how far they've come, from wishing to succeed to being able to travel around the world singing their music. It serves as a follow-up to "Airplane", a song performed by J-HOPE on its solo mixtape Hope World,

A music video was released for the Japanese version of "Airplane pt.2".

It shows the members singing and dancing in a Mexican-vibe bar, in a big house with a patio outside.