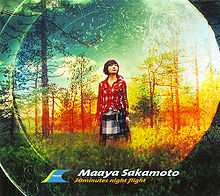 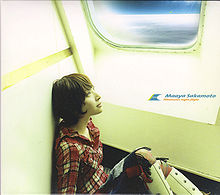 "30minutes night flight" is the second mini-album released by Sakamoto Maaya. The album is based on Sakamoto's own "Flight Concept" that tells the story of a girl who can't fall asleep one night.

Limited edition came in a slipcase containing a separate digi-paks fpr both the DVD and the CD. The album booklet came with photos and lyrics printed on deluxe paper, and a personal passport to write down your own impressions and feelings of your night flight in. First press edition for both of the album came with a poster. The limited edition DVD came with a short film on it. The film was created by Production I.G.

The album reached #12 on the Oricon charts and stayed on the charts for a total of seven weeks, selling 29,219 copies. 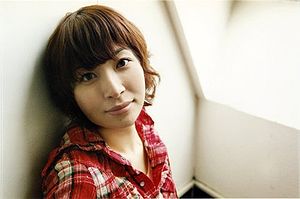