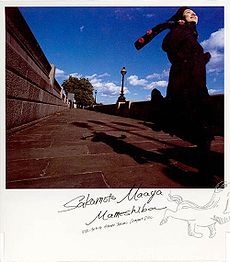 "Mameshiba" is the ninth single released by Sakamoto Maaya. The title track was used as the ending theme to the anime Earth Girl Arjuna. The CD also contains the music video for "Mameshiba". The single reached #47 on the Oricon charts and charted for 2 weeks, selling 7,990 copies. It was also used as the lead promotional single for her third studio album Lucy.

There are three known versions of Mameshiba to be found in Sakamoto Maaya's discography. These include: