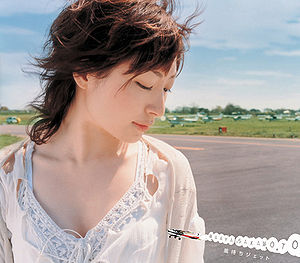 "Kazemachi Jet / Spica" is the fourteenth single released by Sakamoto Maaya. "Kazemachi Jet" was used as the ending theme to the second series of the anime Tsubasa Chronicle while "Spica" was an insert song for the same anime. The two songs represents Syaoran and Sakura's feelings in the anime. The single reached #14 on the Oricon charts and charted for 6 weeks, selling 21,670 copies.