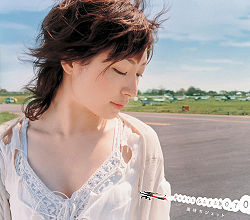 Kazemachi Jet is a pop song recorded by Sakamoto Maaya. The song first appeared as the first A-side of Sakamoto's 13th single Kazemachi Jet / Spica. It presents Syaoran's feelings and was used as the ending theme to the second series of the anime Tsubasa Chronicle. A rearranged version titled Kazemachi Jet ~ kazeyomi edition was later featured in her sixth studio album Kazeyomi.

There are six known versions of Kazemachi Jet to be found in Sakamoto Maaya's discography. These include: