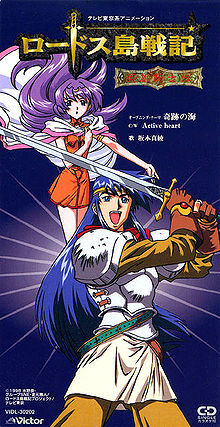 "Kiseki no Umi" is the fourth single released by Sakamoto Maaya. The title track was used as the opening theme for the anime OVA Record of Lodoss War: Chronicles of the Heroic Knight. The single peaked at #43 on the Oricon charts and totalled 66,340 copies sold. It was her highest selling single until 2008's Triangler.

There are three known versions of Kiseki no Umi to be found in Sakamoto Maaya's discography. These include: