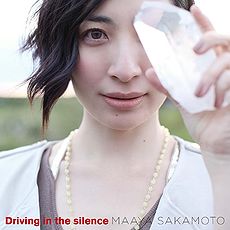 Driving in the silence cover

"Chikai" is a pop song recorded by Sakamoto Maaya. A rearranged version titled Chikai～ssw edition was later featured in her eighth studio album Singer-songwriter. This is the second song composed by her.

There are two known versions of "Chikai" to be found in Sakamoto Maaya's discography. These include: