From generasia
(Redirected from Hikari no Naka e)
Jump to: navigation, search 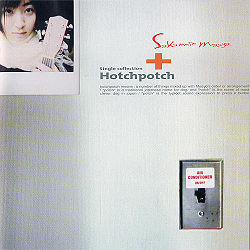 Hikari no Naka e is a pop song recorded by Sakamoto Maaya. The song first appeared as track #14 of Tenkuu no Escaflowne Original Soundtrack 3 album and was later featured in Sakamoto's first best-of album Single Collection+ Hotchpotch as track #6. It was used as an image song for the anime The Vision of Escaflowne.