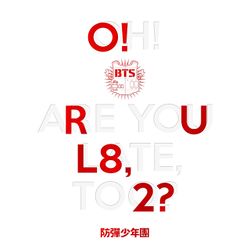 "Jingyeogui Bangtan (Attack on Bangtan)" is a song recorded by BTS. It can be found as track #8 on their first mini-album O!RUL8,2?. On international listings and digital platforms it is named "Attack on Bangtan".

A Japanese version of the song, titled "Shingeki no Boudan", was released on their first Japanese single "NO MORE DREAM".