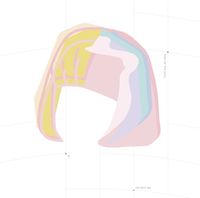 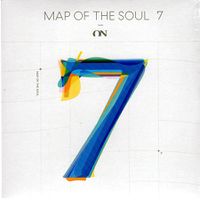 ON is a song recorded by BTS. A duo version was released on digital platforms and as a vinyl, featuring Australian singer-songwriter Sia. The song debuted at #4 on Billboard's Hot 100, making it their best debut on the American charts at the time. Two promotional videos were released, breaking records on online platforms like YouTube.

Originally released in Korean, a Japanese version was released five months later on their Japanese album MAP OF THE SOUL: 7 ~THE JOURNEY~.

The original track was used as theme song for their variety program Run BTS!.

The first full promotional video released was the "Kinetic Manifesto Film: Come Prima" version. Released on February 21st, it became the seventh most-watched online video within its first 24 hours (fifth on the YouTube platform). It was choreographed by THE LAB and Son Sung Deuk.

It shows BTS together with THE LAB and the Blue Devils Drum and Bugle Corps performing the choreography of the song. It was fully shot near the Sepulveda Dam in California.

The official music video was released one week later, on February 28th. Within minutes of its release, it became the biggest YouTube premiere ever at that time, with 1.54 million concurrent viewers. It also became the fastest Korean video to achieve 10 million views, in just one hour.

In the video, RM is shown in front of a ruined boat with many different animals surrounding him and the boat; Jin rescues an injured dove—which he later revives—from a war-torn battlefield; Suga stands in a middle of a cult; J-Hope is inside a forest filled with broken trees as Jungkook's dying body lies behind him; Jimin is near a boy with a drum; V takes a blindfold off a little girl; and Jungkook is seen running from a prison wearing thorned handcuffs. In front of V, a stone gateway opens to reveal a rock. Everyone except Jungkook arrives at the gates, while Jungkook removes his handcuffs and blows into a conch shell before the video cuts to a fortified base where BTS performs the dance break as meteors fall down around them. Trees around the rock began to shape into place, and Jungkook finds the group as they ascend the rock. The video ends with the text "No More Dream" (their debut single) that fades into only "Dream".

The video includes several references to films and TV shows, such as The Maze Runner, The Lion King, Game of Thrones and the Narnia saga.