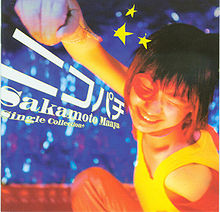 "Bike" is a pop song recorded by Sakamoto Maaya. The song first appeared as track #16 on Arjuna into the another world soundtrack album and was later featured in Sakamoto's second best-of album Single Collection+ Nikopachi as track #4. It was used as an insert song for the anime Earth Girl Arjuna.