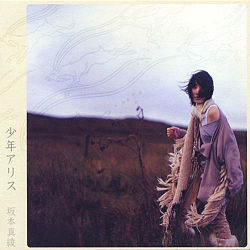 "Hikari Are" is a pop song recorded by Sakamoto Maaya. The song first appears as track #10 of Sakamoto's third album Shounen Alice and was later featured on her 15th anniversary best album, everywhere as track #3 of the second disc. It was as the December 2003 power play song for BAY-FM in Chiba City.

There are two known versions of "Hikari Are" to be found in Sakamoto Maaya's discography. These include:

Hikari Are
Found on the Shounen Alice album as track #10 and the everywhere album as track #3 of the second disc.
Hikari Are (Live Version)
Found on the bonus CD of Okaerinasai single as track #5. This version is from her live concert at Tokyo International Forum Hall A, in her LIVE TOUR 2011 "You can't catch me" on June 3rd and 4th, 2011.