Difference between revisions of "ANGERME" 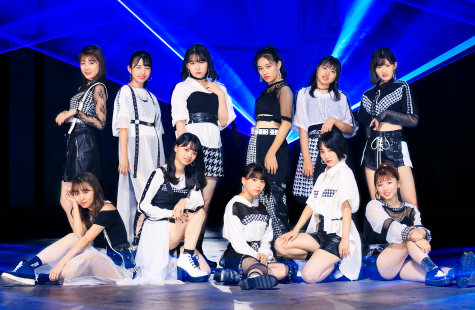 Sixth generation member Funaki Musubu announced her graduation from Country Girls, ANGERME, and Hello! Project on October 18, 2019. She would graduation from Country Girls on December 26th alongside the group's remaining members as the group entered a cease on activities, and from ANGERME and Hello! Project in March 2020. Following her graduation she planned to take a hiatus from entertainment activities, while ultimately stating her desire to pursue dance in the future, though she did not say she would stop singing, as she'd always had an interest in expressing herself and wanted to continue doing so.

Third generation member Murota Mizuki announced her graduation from ANGERME and Hello! Project on January 22, 2020, to take place on March 22nd during the ANGERME Premium show of the "Hello! Project Hina Fes 2020~Hisaichi Fukko Shien Tohoku wo Genki ni!~" concerts. In her statement she apologized for the short notice, and explained that she'd been considering graduation for over a year prior and only came to her decision after discussions with various people. She talked about how she enjoyed expressing herself, and her desire to start fresh in learning about expressiveness and to challenge herself to a wide variety of activities, including music and acting.

In the same announcement it was noted that Funaki's impending graduation would be postponed until the end of the "ANGERME Live Tour 2020 Fuyu Haru ROCK ON! LOCK ON!" concerts.