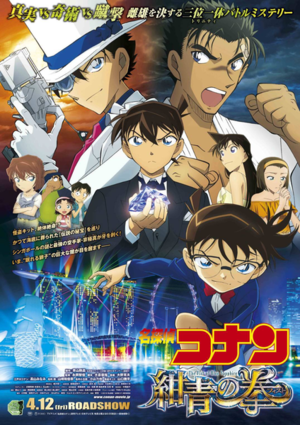 Meitantei Conan Konjou no Fist (名探偵コナン 紺青の拳 Detective Conan The Fist of Blue Sapphire) is the twenty-third movie released for the Meitantei Conan anime. It was released in Japan on April 12th, 2019. It was the 2nd movie with most income in 2019 compared to other Japanese films (fifth overall), with an income of 9.37 billion yen.[1]

The world's greatest blue sapphire, the "blue lapis fist", said to have sunk in a pirate ship in the late 19th century, on the coasts of Singapore. A local millionaire plots to retrieve it, and when it's exhibited in an exhibition at the Singaporean Marina Sands hotel, a murder takes place.[2] 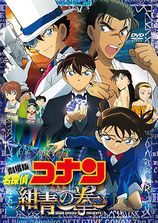 The soundtrack album was released on April 10th, 2019.