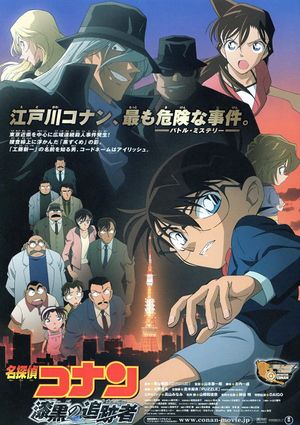 Meitantei Conan Shikkoku no Chaser (名探偵コナン 漆黒の追跡者; Detective Conan The Raven Chaser) is the thirteenth movie released for the Meitantei Conan anime. It was released in Japan on April 18th, 2009. The movie was the 6th with most income in 2009 compared to other Japanese films, with an income of 3.5 billion yen.[1] It was nominated for the 33rd Japan Academy Prize for "Animation of the Year".

When a series of murders occurs in Tokyo, Kanagawa, and several other big cities, the police determine that the best way to tackle this is by having the forces in the affected territories unite and work together.

All the murders have one thing in common - a piece of mahjong tile left at the scene. At the joint police force meeting at the Metropolitan Police Department in Tokyo, our hero Conan catches a detective slipping out of the meeting and getting into the all too familiar Porsche.

Conan is quick to realize that a Black Organization member had disguised himself as a detective to sneak into this police meeting and steal inside information. Does this mean the Black Organization is behind all the murders? Can the big secret of our little Conan finally be exposed in this movie? 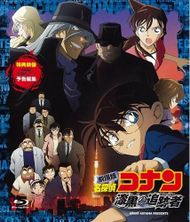 The soundtrack album was released on April 15th, 2009.