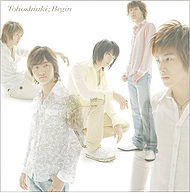 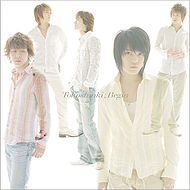 Begin is Tohoshinki's sixth single. The title track was used as the ending theme for the dorama Gomen, Aishiteru. It reached #15 on the Oricon charts and sold 17,283 copies.