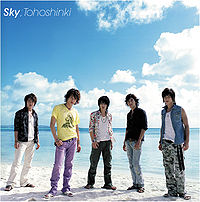 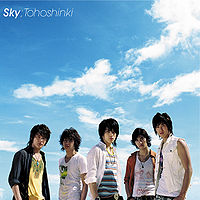 Sky is Tohoshinki's seventh single. The single includes a remix version of Asu wa Kuru Kara, their fourth single. The PV for the title track was filmed in Saipan. Sky was used as background song for a Baskin-Robbins commercial. The single reached #6 on the Oricon charts and sold 26,890 copies. It was their first release to enter in Oricon's top 10.