Close to You / Crazy Life 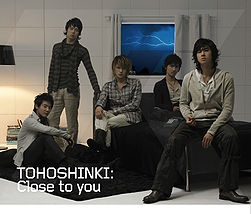 Close to you / Crazy Life is Tohoshinki's 20th single and the fourth from the Trick Project series. The single was the least sold of the project behind Two hearts / WILD SOUL, with a difference of 1,500 copies.