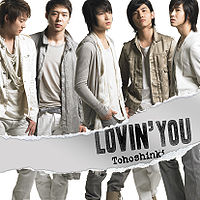 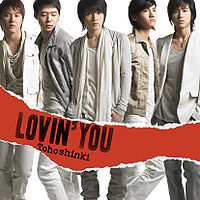 Lovin' you is Tohoshinki's 11th single. It was released in CD+DVD and CD Only editions. The first presses for both editions come with two, of six, jacket size cards, five of which featured individual members of the group. Additionally the CD Only version included a 12-page booklet as a first press bonus. The title track was used as mumo CM song and and as the TV program niji-ciao! ending theme. 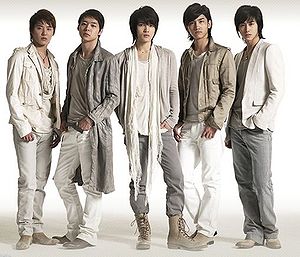