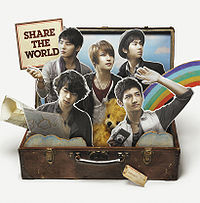 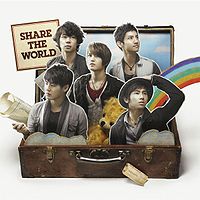 Share The World / We Are! is Tohoshinki's 27th single. Both songs were used as opening theme songs for the anime One Piece. The bonus track Asu wa Kuru Kara, which was their fourth single, was also used in 2006 as ending theme for the anime. The first press of the CD+DVD and CD only editions came with one jacket-sized card, additionally the first press of the CD only edition came with a 12-page booklet. 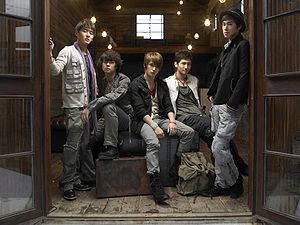