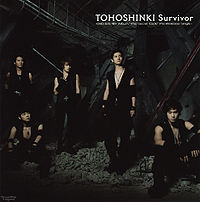 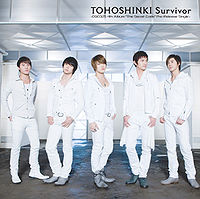 Survivor is Tohoshinki's 26th single. It was released with the subtitle "090325 4th Album "The Secret Code" Pre-Release Single" as it was the last single release before their fourth album The Secret Code. With this song Tohoshinki appeared for second time in the TV program Music Station, but as main guests for the first time, as in 2007 they only appeared with Koda Kumi to perform LAST ANGEL.
The first press of the CD+DVD and CD only editions came with one of six jacket-sized cards, additionally the first press of the CD only edition came with a 12-page booklet. 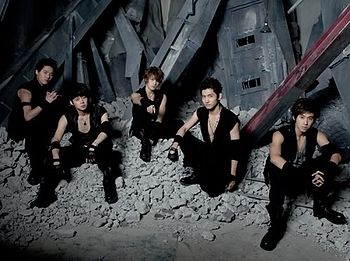