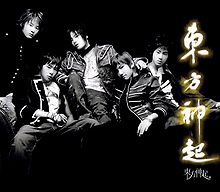 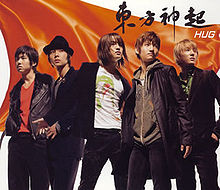 Ten months later and under their Japanese name, Tohoshinki released "HUG" as a commemorative single for their arrival in Japan with lyrics in English. It was released in CD+DVD format only and the DVD included the music videos for the title track (English and Korean versions), and the Korean music video of "The way U are". Tohoshinki released later the Japanese version of "The way U are" as B-side for their fourth single, "Asu wa Kuru Kara".