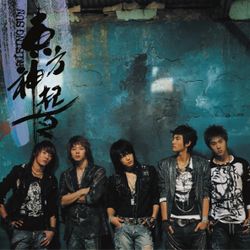 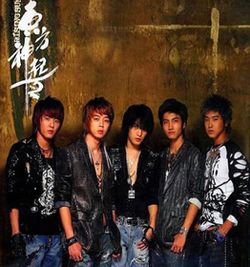 Rising Sun is TVfXQ!'s second Korean studio album. It was released with a bonus track in Japan, with a CD-Extra including a music video in Taiwan and with two Chinese versions, a VCD and a different cover in Hong Kong. The album was #4 most successful album in 2005 for selling 222,472 copies. Rising Sun is the group less sold studio album with 297,000 copies. 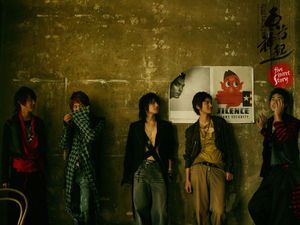 The year 2006 and 2007 were considered to be Korean music dark times in term of sales, with the highest selling album was sold not more than 200,000 copies. But, Rising Sun still managed to make it onto Yearly-end charts during those two years and was the highest selling "old" album in 2007.