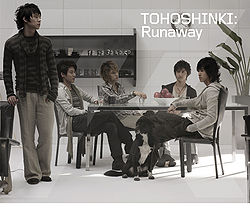 Runaway / My Girlfriend is Tohoshinki's 18th single and the second from the Trick Project series. With only 600 copies less than Keyword / Maze, it was the second single most sold of the project.