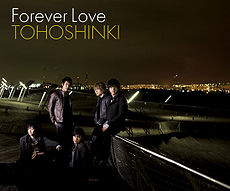 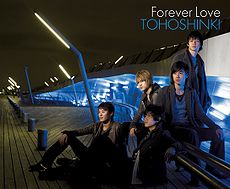 Forever Love is Tohoshinki's 14th single. Forever Love was used as the VERITE CM song. Day Moon ~Harudal~ was used as the theme song for the Japanese broadcast of the Korean dorama Air City, and is a Japanese version of their Korean song Harudal. The first press of the CD+DVD and CD only editions came with one of six jacket-sized cards and the first press of the CD only edition came with a 12-page booklet. 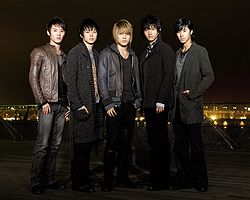