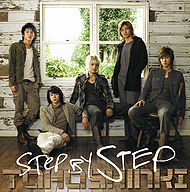 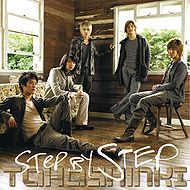 Step by Step is Tohoshinki's ninth single. The CD+DVD version was also available with six jacket size cards, five of which featured individual members of the group. The CD only verson included a 12-page special booklet as a first press bonus. The title track was used as theme song for the dorama Kazoku Zenzai. It reached #7 on the Oricon charts and sold 29,144 copies. 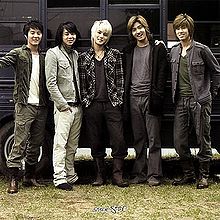