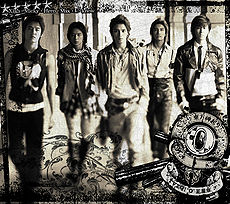 "'O'-Jung.Ban.Hap" is a K-Pop song released by Dong Bang Shin Ki as the first track on their third Korean album of the same name. The song was later released in Japanese as part of the double A-side single "miss you / "O" - Sei・Han・Gou". The Japanese version was used as ending theme for the Japanese TV program Sasuke Mania.