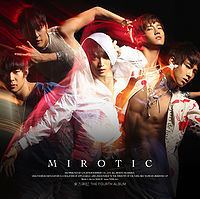 "Nagwon (PARADISE)" is a K-Pop song released by Dong Bang Shin Ki and included in their fourth album MIROTIC. The song was written by famous Korean R&B singer Wheesung.