Difference between revisions of "Addicted to You" 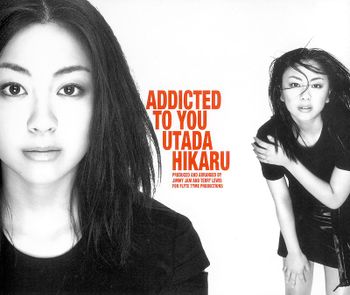 "Addicted To You" is the fourth single recorded by Utada Hikaru. It was used as the commerical theme for Sony's Media & Battery RED HOT campaign, and there were limited edition MD's released with Utada's name on them. Two versions of the song were on the single: the "UP-IN-HEAVEN MIX" and the "UNDERWATER MIX", though only the "UP-IN-HEAVEN MIX" had radio play and its own music video. "Addicted To You" was produced American R&B duo Jimmy Jam and Terry Lewis.

There are eight versions of "Addicted To You" to be found in Utada's discography. These different versions are: