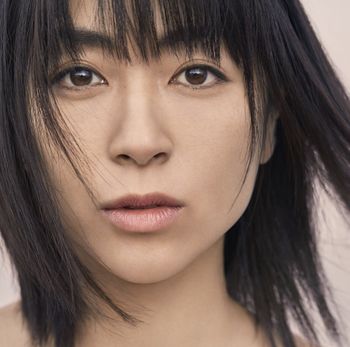 Hatsukoi is the seventh Japanese studio album released by Utada Hikaru, and her first album with Sony Music's sub-label Epic Records Japan. It was released in two physical editions: a regular CD and a limited edition Double Vinyl LP. The album's title is a throwback to her 1999 best selling debut album First Love. The song "Chikai" serves as the ending theme song to the video game Kingdom Hearts III; the track "Good Night" was used as the main theme to the animation film Penguin Highway. First press edition of the album includes a serial number code to be redeemed for a lottery to Hikaru Utada Laughter in the Dark Tour 2018, her first national tour in over 12 years since UTADA UNITED 2006.

The album debuted at #1 in the Oricon daily and weekly physical charts, as well as the digital weekly albums chart. The album currently has the highest first week digital sales of any album since Oricon began tracking digital album sales in November 2016. Internationally, Hatsukoi peaked at #1 on iTunes Japan and 7 other countries, #2 in Brazil and Spain, #4 in the US, #5 in Canada and Australia, and charted in the top 10 in 22 countries, for a total of 32 countries. The album charted on the US Billboard World chart at #3 for 2 consecutive weeks, #49 on France's download album chart, and #2 on the World Albums chart. The album is certified Platinum by RIAJ for shipment of 250,000 copies.

With this album, she reached the highest first week for a solo artist on the Oricon digital charts, to date. Note: Oricon began tracking album downloads in November 2016.