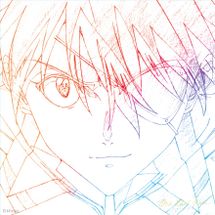 "One Last Kiss" is the first mini-album released by Utada Hikaru. It was released in two versions: a regular CD edition and a limited LP edition. The title track was used as the theme for the fourth installment in the Evangelion Shin Gekijouban anime film series Evangelion Shin Gekijouban 𝄇, and the remaining songs are all previously released tracks that were used as themes for the first three films in the series. One day prior of the mini-album release, it was announced through her official website that the international vinyl edition was planned to be released in the summer of 2021 due to the huge amount of requests from overseas. It was also revealed the album cover for it that featured Asuka.

Originally scheduled to be released on January 27th, it was postponed due to the extension of the COVID-19 state of emergency by the Japanese government.