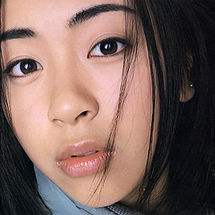 "Amai Wana ~Paint It, Black" is a song recorded by Utada Hikaru, first released in 1999 on her First Love album. It features the line "I see a red door and I want it painted black" from The Rolling Stones' song, "Paint It, Black".

There are three versions of "Amai Wana ~Paint It, Black" to be found in Utada's discography. These different versions are: