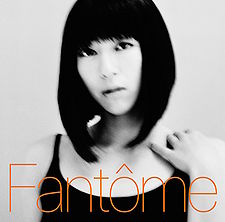 "Michi" is a pop song recorded by Utada Hikaru. It was used as a digital pre-release track to promote Utada's sixth Japanese studio album Fantôme. The song has been described as a dance song where Utada sings about how she is doing well in her life. It is the opening track to the album.

"Michi" reached #5 on the Billboard Japan's Hot 100, and #2 on the Recording Industry Association of Japan's Digital Track Chart Top 100. The song charted at #27 at World Charts and charted for two weeks. The song was certified Gold by the RIAJ with over 160,000 downloads in the first two weeks of its release. As of 2017, the song has been certified Platinum by the RIAJ with over 250,000 downloads.