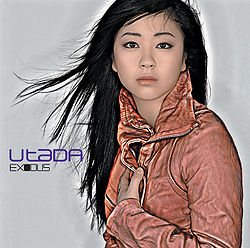 This song appeared on Utada's Exodus in two forms; as the Opening for the album (titled the same) and as a breaker interlude in the middle of the album, entitled Crossover Interlude. Despite having different titles, the melody and the lyrics were the same for both songs. The only difference between the two were their lengths (Opening was longer) and that they had slightly different arrangements.

These two songs seem to have been given better treatment over many of the other songs on Exodus that were used for the Flux cellphone service. The movies seem to have higher quality styles of animation used on them; with both short scenes showing scenes of freedom. The free-flying girl figure shown on Opening must have made a big impression on Utada, as this figure later appears in a short sequence on the PV for her song Passion.

There are three versions of this song in Utada's discography. These titles are: