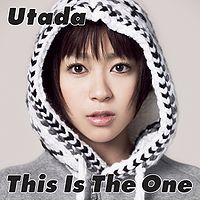 This Is The One Cover 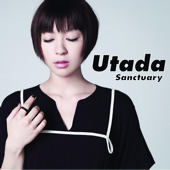 Sanctuary is the Kingdom Hearts II theme song for the US/Global release and theme song for all regions for Kingdom Hearts 358/2. This was written and completed before its Japanese counterpart, Passion. The arrangement, for the most part, is the same as Passion's, except for the complex background vocals that featured in Passion. Unlike Simple And Clean before it, Sanctuary is accredited to Utada, Utada Hikaru's western release name. In July of 2009, Sanctuary was released in Japan as a digital single.

In Sanctuary, much like Passion, there are several layers of English lyrics. At one point, "My fears, my lies" is audible. There are also many parts of the song with reversed lyrics. A magazine interview confirmed that the lyrics were, "I need more affection than you know"; though there originally was much dispute over this. However, if recorded with a program as simple as Sound Recorder and played in reverse, these words are clearly heard.

There are two known versions of Sanctuary to be found in Utada's discography (listed chronologically). Note that these do not include versions of Passion. These different versions are: