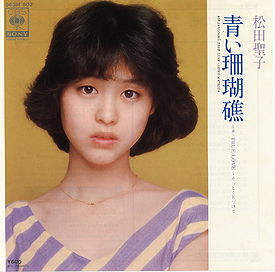 "Aoi Sangoshou" is the second single recorded by Matsuda Seiko. It was used as Gilco's Yorere Ice Cream commercial theme; It used as the entrance march of the 53rd High School Baseball Tournament held in the Spring 1981, and she attended the opening ceremony as a guest. Matsuda's "Aoi Sangoshou" became her first breakout hit. The single launched her career, as well as the second Idol Wave of the 1980s.[1] It won her the best newcomer awards at both 22nd Japan Record Awards and 11th Japan Kayo Awards, and it got her on spot at NHK's annual Kohaku Uta Gassen. This was her lead-in single to her debut studio album, SQUALL.

In 1989, "Aoi Sangoshou" was released on a 8cm CD single. It was released as a 12cm CD in 2004 to commemorate her 25th anniversary of her debut. It includes the instrumental version of both tracks. 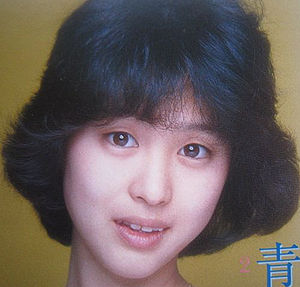 This is a disambiguation page — a navigational aid which lists pages that might otherwise share the same title. If an article link referred you here, you might want to go back and fix it to point directly to the intended page.