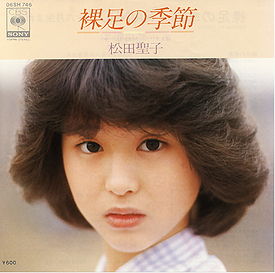 "Hadashi no Kisetsu" is debut single recorded by Matsuda Seiko. The song was used as the theme for Shiseido's EXBO Washing Foam commercials. Matsuda had taken the audition because she applied to be the actress in the CM, but was not chosen as they were looking for a model with dimples. They liked her audition and ended up asking her to record the CM theme. Yamada Yukiko appeared as the model in the commercial and although Matsuda was credited for the song, people were mistaken and thought Yamada had recorded the track. The song was originally titled "Hainuun wa Atsuku" (ハイヌーンは熱く; Hynone Is Hot), but was changed within the day of the announcement.[1]

Matsuda made her television debut on the music program Lotte Song Yang Yang. She later performed the song on Night Hit Studio April 28th 1980. It ranked in at #11 on the popular TBS program The Best Ten, and she was named "Spotlight of the Week" on the July 3rd show.

In 1989, "Hadashi no Kisetsu" was reissued on an 8cm CD. It was released as a 12cm CD in 2004 to commemorate her 25th anniversary of her debut, and it included the instrumental version of both tracks. 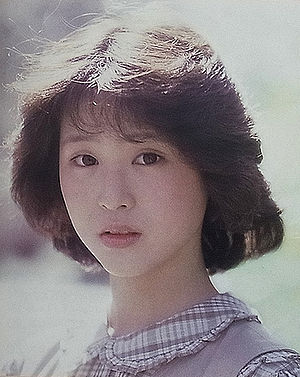 There are currently two version of "Hadashi no Kisetsu" to be found in Matsuda Seiko's discography. They are listed below in order of release:

"Hadashi no Kisetsu" reached #12 on the weekly Oricon chart, despite debuting at #130, and sold a total of 300,000 copies. It became the #50 best selling single of the year. The CD reissue reached #94, and charted for one week.