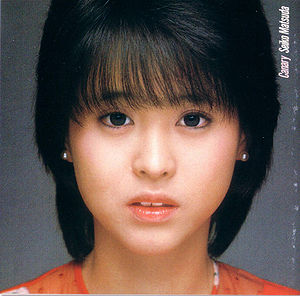 Canary is Matsuda Seiko's eighth album. The songs "Hitomi wa Diamond" and "Aoi Photograph" (both songs included on her 15th single) were re-titled to their English translations, "Diamond Eyes" and "Photograph of Yesterdays" respectively, to match the rest of the English tracklist. The album was re-edited in a cassette format in 1987, in CD format in 1990, and in Blu-spec CD+DVD format in 2009. It reached #1 on Oricon charts, the Blu-spec re-edition reached #73 and charted for 2 weeks.