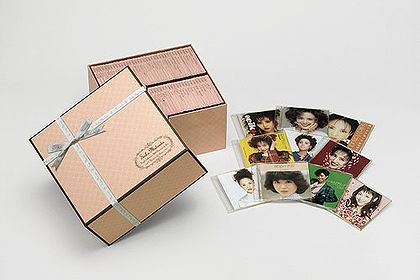 Seiko Matsuda Single Collection 30th Anniversary Box ~The Voice of a Queen~ is Matsuda Seiko's singles compilation. The box compiles all Matsuda's singles since debut, except "Ikutsu no Yoake wo Kazoe Tara " which was released only one day earlier, including those released under Universal Music Japan (the box is released by Sony Music Japan after Matsuda moved back to Universal), and the released only overseas.